BOOK | “The House My Grandfather Built” is my second book. It is the story of my family beginning in the 1930s and concluding in the present day. My Grandmother fell in love with my Grandfather, at first sight, struck by his beauty and oratorial prowess as a priest, the force of their attraction was so strong that he gave up his initial plan to become a monk in order to be with her. My grandfather was later sentenced to hard labor for being a dissident and as a political prisoner was sent to the Gulag in Kolyma, Far East of Russia, and unwilling to leave him, my grandmother bravely took her fate into her own hands by becoming a Geologist of the state mining company Dalstroy that was a part of NKVD (also known as KGB), enduring unfathomable hardship in a brutal terrain to remain close to her beloved. Their story is one of ferocious devotion, ideal love, and the bitter ironies of living under a totalitarian regime, for in changing her life to remain by her husband’s side my Grandmother received an award from the state for the discovery of the deposit of tin and was considered a national heroine. After my Grandfather completed his sentence they, together with my mother who was born there, returned to St Petersburg to build the house where I spent my childhood.

In this book, I try to tell the story of Russia through my family history & how the Soviet Union both marked and shaped all our lives through my memories, documents, artifacts, and records that remain in this house, combining it with my photographs. The book also contains documentation of my 2012 trip with my mother to the place where she was born and had never visited after they returned to the “Main Land” in 1953 when Stalin died. 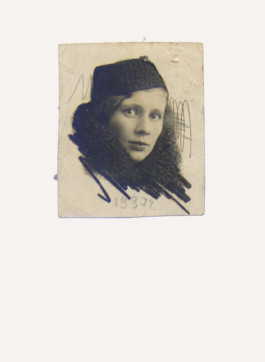 Grandmother had this studio portrait taken as a memento before she left for Kolyma. In April of 1937, soon after she received her University diploma, grandmother offered her services as a geologist in Dalstroy, Kolyma. None of Grandmother's close relatives supported her decision to follow her husband, but in her calculations, if she did not go to Kolyma willingly with the status of the geological specialist she may have ended up there anyway as the wife of an enemy of the people. 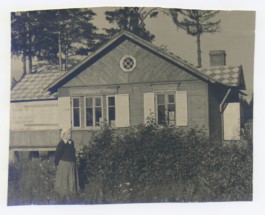 Following his release and return to Leningrad, Grandfather was able to save up some money. He and Grandmother purchased some land and built a typical Finnish house, of which there are many in Leningrad Oblast. After 20 years with no private life, having their own home seemed like an incredible blessing.

Grandmother in front of her newly built house. Pribytkovo, 1957 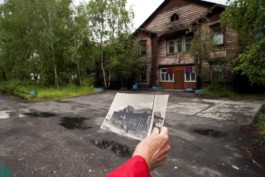 Memories play strange tricks on people. When my mother and I arrived in Kolyma, her birthplace, she remembered everything about her childhood. My mother dove into debates with the locals, telling them where certain buildings once stood, what they looked like, where the Geological office was located, for example. Sometimes she was mistaken, and old photographs that we had brought with us helped settle the arguments. 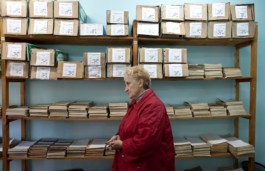 My mother and I visited the archive in Seymchan, where the files of all former Dalstroy workers were carefully stored in boxes originally intended for transporting canned vegetables. It was there that we found documents regarding Grandfather and Grandmother. Seymchan, 2012 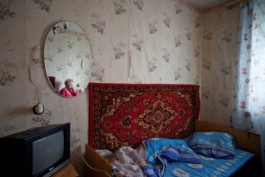 Mama in her hotel room in Seymchan. My Mother in I traveled back to her hometown by the same route she'd taken with her parents nearly 60 years before. Seymchan, 2012