Book | Solastalgia
Coined by the Australian philosopher Glenn Albrecht in 2003, the neologism ‘solastalgia’ refers to the existential distress caused by environmental disruptions such as climate change or the loss of biodiversity. As opposed to nostalgia, this form of homesickness is felt when one is still at home.

Venice is the city in Europe most at threat from climate change. Its fragile foundations and buildings are slowly being eroded and damaged by water, as a result of sea-level rise, land subsidence, and maritime pollution caused by large cruise ships. Since 1897, the water-level has risen by nearly 30cm, sparking 'extreme concern' in July 2016 from the UNESCO World Heritage Site committee about the 'ongoing transformations threatening irreversible changes to the overall relationship between the city and its lagoon'.

Speculating on the outcome of this critical ecological issue, this docufiction imagines a narrative in which the lagoon city chronicles its own disappearance, through poetic journal entries and altered photographs. It is a Venice deserted by its inhabitants and slowly submerged under water that melancholically recalls what once made its grandeur. The film negatives of the photographs were soaked in Adriatic seawater for different periods of time ranging from a day to several weeks, before being air-dried and scanned. The pictures become increasingly ruined by this process as one advances through the book—the water deteriorates the images over time and, in kind, the city.

Bio | Marina Vitaglione is a photographer and photo editor from France. Her work employs alternative photographic processes and narratives to shed light and raise awareness on environmental issues such as global sea-level rise or air pollution. She is the author of Solastalgia, an image/text docufiction on the impact of climate change on Venice (Overlapse, 2017), and has an MA in Documentary Photography and Photojournalism with Distinction from London College of Communication. She is currently a photo editor at the visual arts publishing house Atelier Éditions, and previously worked as commissioning editor at Panos Pictures (London, UK), cultural assistant at Magnum Photos (Paris, France) and resident at Fabrica research centre (Treviso, Italy). 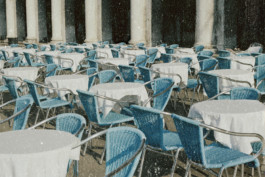 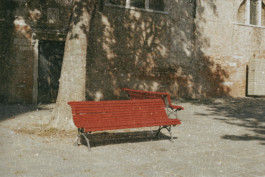 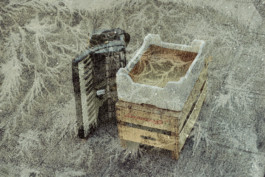 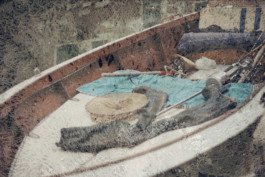 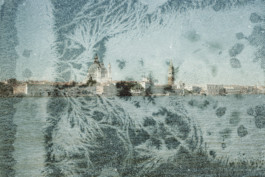 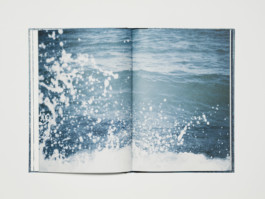 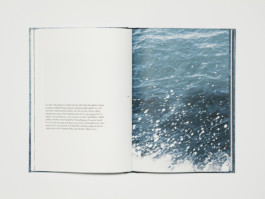