Book | Bristningar is an ongoing project of the second part of the trilogy. It consists of collages of distorted bodies with elements of three-dimensional objects. Shapes collide on the border between sculpture and photography. Goldberg uses the amputated and then reconstructed body, as a way to visualize a fragmented identity. She is trying to answer the question, how much can you take away of yourself without disappearing? How close can you get before the closeness becomes a distance? Bristningar is about forming a reconstruction of oneself to be seen. Seeing as a way of belonging. The first part of this trilogy called Surfacing was released in 2011 by Journal. In Surfacing Goldberg is telling the story of an intimate relationship between mother and daughter. Goldberg is using the photographic medium’s ability to be both real and fictive, combining landscapes resembling the interiors of the body, with close-up portraits and memories. - How do you visualize the entangled atmosphere between two people? How do you tell a story without a narrative? A story that is formless and waves back and forth like water.

Bio | Katinka Goldberg (b. 1981, SE/NO) lives and works in Oslo. She has been educated in Sweden and France and has a BFA in photography from the art academy in Edinburgh. Her ongoing project Shtumer Alef is the third part of a trilogy that thematically concerns relationships, intimacy, and distance. Goldberg explores not only interpersonal relationships but also connections within and between forms of visual expression. Katinka Goldberg is working with stretching the visual boundaries of the photographic medium. On the verge between different mediums; photography, collage, and modernistic painting, she finds a productive contradiction and a tension. This is applied to visualize the complexity of intimate relationships. Goldberg finds the book format an effective way of treading the line between photography, collage, and painting. Playing with contrasting moods to enable the work to become both raw and fragile, both intimate and distanced, both restrained and playful. Goldberg’s first part of her trilogy is Surfacing, a photo book that was released in 2011 by Journal. Surfacing is included in The Photobook: A History VOL III by Martin Parr / Gerry Badger. Goldberg has exhibited extensively both in Norway and abroad. Her latest solo exhibitions features Bomuldsfabriken Kunsthall 2019, Trondheim Kunstmuseum, and Buer Gallery. 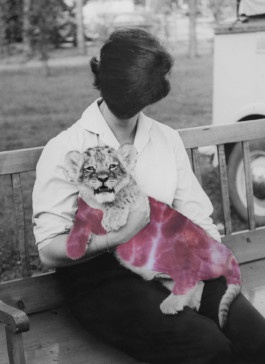 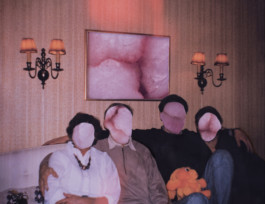