BOOK I A woman has moved back to her childhood home to look after her care-needing mother.
The mother’s voice is almost blurred, her legs can no longer carry her, yet she possesses a powerful strength. One day the woman’s daughter unexpectedly comes to visit, and everything changes.

“Fuglene under himmelen” is a story about three generations of women. The scenery they live in, the things and the animals they live with, portrayed so vividly and richly that the everyday is illuminated by meaning.

The text also forms the basis for the performance “Waiting” which is about a modern Solveig from “Peer Gynt”. The World premiere was set during Bergen International Festival in 2019. Directed by catalaunian Calicto Bieto.

With photographs by Stephen Gill.

BIO I Karl Ove Knausgård debuted as an author in 1998. His books have been translated into 35 languages and have provoked a unique response and recognition in readers worldwide. Knausgård has received a large number of literature prizes, including Kritikerprisen, Brageprisen, Gyldendalprisen, Die Welts litteraturpris, Wall Street Journal’s Innovator Award for Literature, Sunday Times Award for Literary Excellence and The Nobel Prize in Literature. 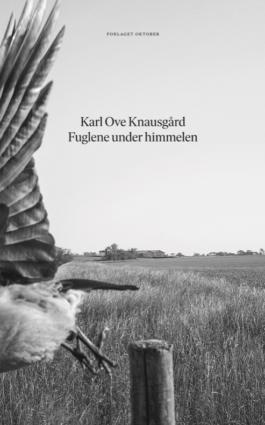