Jordi Barreras, ALREADY BUT NOT YET, Punctum (2020)

BOOK | The City of London Corporation is one of the most important financial districts of the world and its architecture makes its economical dominion over the territory and the whole society itself particularly visible. In the contemporary metropolis, the highest building of the city is no longer the church, as it used to be in old cities. The series ‘Already But Not Yet‘ by Jordi Barreras, visualizes the individual vulnerability and subordination to economical powers, which tend to reduce our existence to work achievements and material accumulation. With the aim of exploring the hidden ways of surveillance and labor conditions in the neoliberal society, this series challenges official and conventional representations of the metropolis, transforming it from mundane life into something uncanny.

Jordi Barreras (Barcelona, 1977) is a photographer who focuses his work on documentary photography. He studied in the Grisart International School of Photography in Barcelona and has a postgraduate degree in Documentary Photography from Barcelona University. He has recently finished his master’s degree in History of Art with Photography a Birbeck University, London, which researches the documentary contributions from the ’70s. After working in different newspapers such as ‘La Vanguardia, ‘El Pais’ and ‘El Periodico’, Barreras left photojournalism and moved to London. In this city, he continues to develop his career as a documentary photographer and to study more in-depth the history of documentary photography through analyzing the work of Martha Rosler, Jorge Ribalta, Allan Sekula, and Jo Spence. Barreras sees similarities in his own approach to documentary in the way that these authors argue for a more social and political form of documentary. Barreras builds on the legacy of this form of documentary from the ’70s and the questioning of conceptual photography as a form to reflect the socio-political concerns of the author. These documentary approaches are now materialized in his first photo book ‘Already But Not Yet’ published by Punctum (2020). 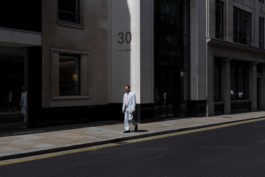 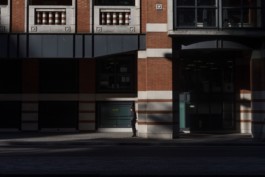 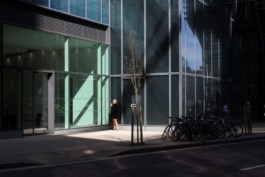 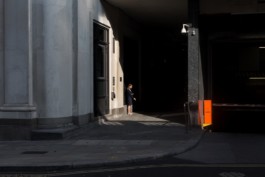