Few rivers have captured the soul of a nation more deeply than the Yellow River. It is to the Chinese what the Nile is to Egypt: the cradle of civilization. Historically a symbol of enduring glory, a force of nature both feared and revered, the river failed to reach the sea for many months in the late nineties. As China's economy underwent three decades of unshackled growth, the burden on the river has also grown, the pressures of economic and industrial development have all taken its toll. The Yellow River’s environmental decline is a tragedy amidst consequences extending far beyond the 150 million people the river directly sustains. Its plight also underlines the dark side of China’s economic miracle — an environmental crisis leading to the scarcity of one resource no nation can live without: water.

Traces is about the forces that affect but are mostly invisible within the image. It aims to address how economic, political, and environmental policy forge the outward manifestation of the landscape.

For Fotobokfestival Oslo, Teh is exhibiting the most recent iteration of his project, Traces, a scroll, while also exhibiting an earlier trade edition book from the project. 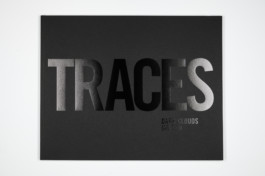 Ian Teh is a British-Malaysian documentary photographer whose work is motivated by environmental and social issues. In an era of continuous urbanization and development, at its roots, his work explores the underlying dreams and desires in society and the individual, and of the sacrifices often made to realize them. In the age of the selfie, Teh has returned to the classical monumental landscape with his series, Traces. Sounding an alarm, heralding the advancing threat that we pose to our planet, Traces is a long-term project documenting industrialization and environmental breakdown in China. Through the decades of work, he has produced several distinct bodies of work within the Traces series.