PROJECT | Some of the most important moments in our lives are often left in silence. The 15 portraits of youths from H20 High school in Oslo presented as a composition consisting of photographs, texts, and audio storytelling, are an outcome of the collaborative project between camera-based artist Rebecca Shirin Jafari, drama-pedagogue Katinka Brodin, and teacher Synnøve Virhøy.

The teenagers who in the past few years came to Norway from different places of the world and due to various reasons (often not easy ones) share one moment that has defined them, shaped them, or changed them. The portraits reveal the double narrative students have to live every day, situated between the culture of origin and Norwegian expectations. Youth's stories are all: vulnerable, personal, teenage, adult, and universal.

Det du (ikke) ser can be seen through the lens of our contemporaneity that often demands from individuals to navigate across cultural/geographical/social/political borders thus questioning one's identity. And at the same time, Det du (ikke) ser tells about apparently insignificant events or decisions that in fact can shape life. Whenever we meet a new person, there are things we do not see at the first sight. And maybe, we will never give ourselves a chance to see? Det du (ikke) ser is also about listening and seeing others in an attentive and respectful way that requires time.

Katinka Brodin asked the students to choose 10 important moments from their life and talk about them, then, she helped to choose one for storytelling. Rebecca Shirin Jafari first photographed the youths one by one; the students themselves chose how they wanted to be captured. After many meetings and talks, Rebecca and the students together made collages. As Synnøve adds; in my mind, the most important part of this project was to challenge the way an institution like a school sees students or youth; there is a lot that gets lost or simply unseen in that general approach.

The selected portraits of Milen, Marwa, Eimmy, Paola, and Saeed are presented in the frame of the FFO 2021 after conversation and agreement with the participants. The project is a part of Den kulturelles skolesekkens skoleutviklingsmidler (SKUP).

BIO | Rebecca Shirin Jafari (f.1986) is a Norwegian-Iranian photographer, working and living in Oslo. Jafari’s work focuses on belonging and identity. Through personal narratives, she often explores the duality of growing up in two different worlds. Det du (ikke) ser is Jafari's second piece of work where she collaborates with youths.

BIO | Katinka Brodin (f.1976) is a storyteller, theatre director, drama teacher, and actress living and working in Oslo. She works at the crossroads of art, pedagogy, and communication.

BIO | Synnøve Virhøy (f.1980) is a teacher who initiated and organized the project.  Synnøve throughout the 8-week duration of the project was making video documentation that came out as a short movie ‘Behind: what you do not see” 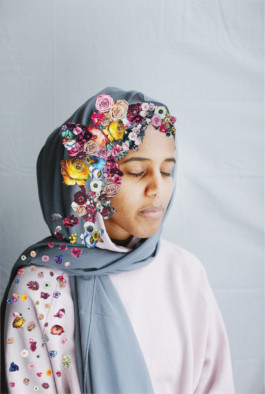 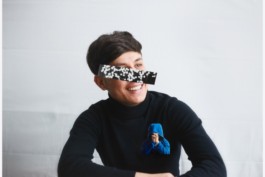